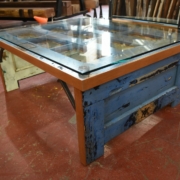 Every piece of salvage we bring in has a history – a story. That was especially true for pieces saved from the Virginia Military Institute (VMI) in Lexington, Virginia.

We acquired more than 80 doors from the barracks that housed VMI’s cadets early on in its history (episode 806). These doors were made and installed when the barracks were rebuilt post-civil war. They were removed during remodeling during the 1970’s and 80’s. Clearly, these pieces were well made and had stood the test of time.

The initial response when we first posted the doors online was overwhelming. Most of them quickly found homes with members of the VMI family. We kept a few aside for projects. One, of course, was turned into a coffee table – all of the original patina still intact. So many people felt connected to these doors – and with good reason. 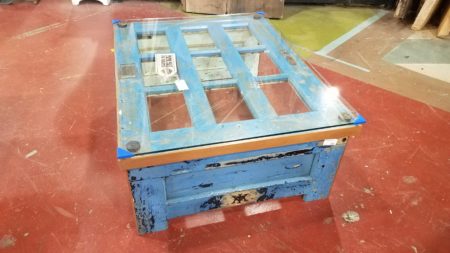 Many of them were inscribed with barracks numbers. The most notable door was marked with #202. It belonged to the barrack where General George Marshall lived when he studied at VMI. We were honored to return the door to its original home with a special delivery to Colonel Keith Gibson, Executive Director, VMI Museum System (episode 813). 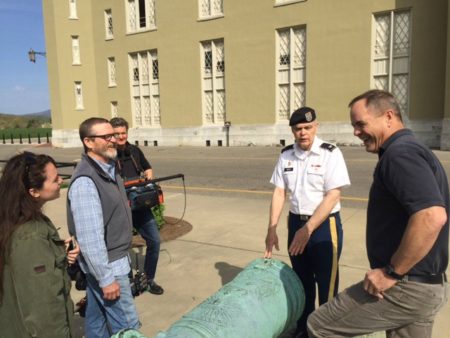 Even our customers found hidden pieces of history. George Biles sent us this message after researching a name he found etched in the door he bought:

“Remembering and Honoring M.C. Whittier, VMI alumni class of 1966 on this day 2017,” wrote Biles. “We purchased a salvaged door from VMI and in the glass putty, Mark had etched his name as ‘USMC M.C. Whittier VMI ’66’. Our family is somberly remembering Mark for his service to our country and the people of Vietnam. Rest in Peace, Mark. The memory of you is now eternally connected to our family thru our daughter (VMI 2020).” 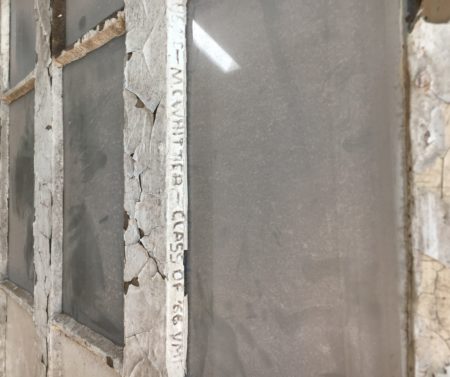 The doors carry a great legacy and are a steady reminder of the sacrifices made by former cadets. Mike summed it up for all of us when he said, “It’s one of the reasons we do this. Telling the story and remembering our past is worth the effort. This is a great tribute to the fallen.”

The VMI doors are featured in Season 8 of Salvage Dawgs and are available for download on Amazon and iTunes.