This week, we thought it would be fun to take a look back at how Black Dog Salvage became one of the largest sellers of Egyptian old world iron on the east coast. Tay recently took a stroll through our beloved iron yard so you can watch him show and tell you the story. 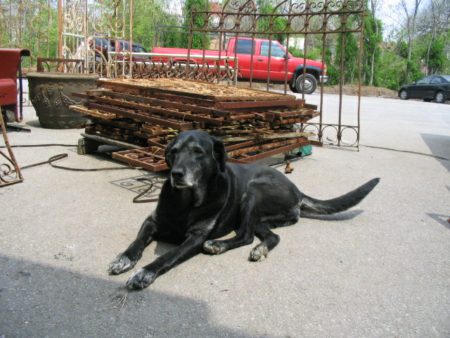 Back in 2005, Mike and Robert made a deal with a trading company in New Ulm, Minnesota, to procure an enormous collection of wrought iron panels that, as the story goes, were imported to the states from Egypt. They were all transported here to our salvage warehouse in Roanoke on an impressive fleet of flatbed trucks. While we have not been able to prove the true age of these panels, there are some telling signs. 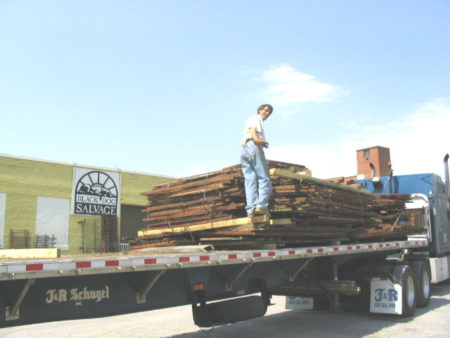 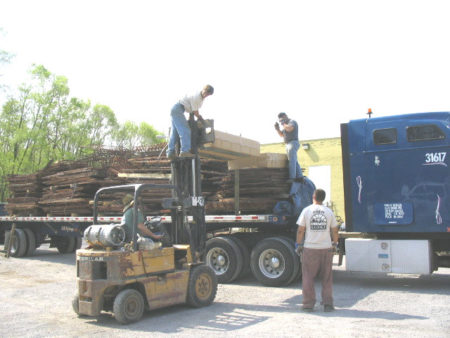 With the invention of the charcoal fired forge sometime between the Stone Age and the Iron Age, it became possible to take raw iron ore and melt it down into workable chunks of metal.

Before the Middle Ages, wrought iron was used primarily for weapons and tools, however, the medieval period brought with it a multitude of uses for wrought iron. It began to be used to cover doors and windows of buildings to protect against the attacks by raiders.

As an assembly technique, riveting metal together remained popular well through the Industrial Revolution. So that doesn’t help date them alone, but when you couple that with the obvious handmade and imperfect nature of the panels, it gives you a real sense that they were crafted well before any sort of automated manufacturing process was established.

At Black Dog, we’ve used these unique panels and transoms to create some truly special pieces of furniture over the years, and while working with something this old presents its challenges, it is always worth it in the end. 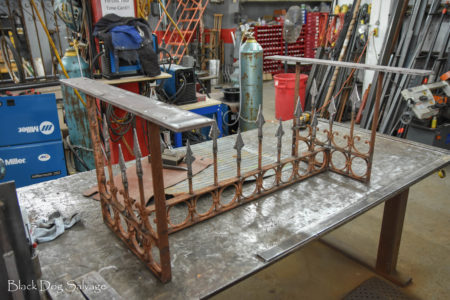 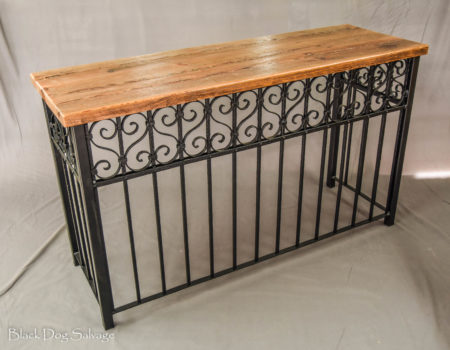 From transoms to gates and decorated pieces, see what you can dream up with this beautiful iron!

Click here to learn more about how to design your own custom build with the Black Dog design team.